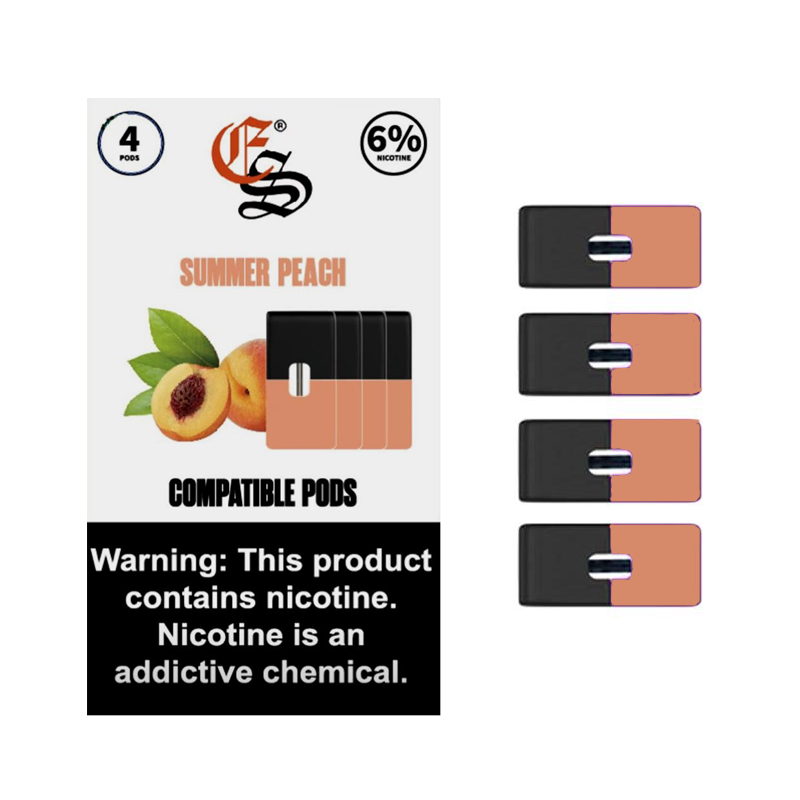 The JUUL® e-cigarette is the best known and most popular vaping product of all time. With a 70-percent share of the retail vaping market in the United States alone, the JUUL®’s success is surely the envy of the entire industry. Never before has a vaping device been so popular that it spawned an entire market for third-party accessories, but that is exactly what has happened with the JUUL®. It’s a good thing that JUUL®-compatible pods exist, too. As any serious JUUL® fan will tell you, buying mango JUUL® pods in New Zealand isn’t always easy!

Today, we’re going to review Eonsmoke JUUL®-compatible pods. In the vaping industry, Eonsmoke is one of the true veterans. With an online presence dating back to 2011, this is a company that’s definitely been around the block. Eonsmoke began as a seller of traditional cigalikes, and they branched out into other products when it became obvious that the vaping industry was changing. Eonsmoke was one of the first companies to realize the level of interest that a series of JUUL®-compatible pods would attract, and they had the resources necessary to get their pods distributed to vape shops around the world.

One of the biggest reasons why people buy third-party JUUL® pods is because they’re simply a better value than the official pods. In some regions of the world, JUUL® pods are so expensive that they’re practically as costly as smoking. Switching to Eonsmoke pods can significantly reduce your cost to vape. Let’s break down the specifications of these two brands’ pods.

As you can see, switching from JUUL® pods to Eonsmoke JUUL®-compatible pods can nearly cut your vaping expenses in half because the pods don’t just cost less; they also contain significantly more e-liquid. You may have also noticed the slightly higher nicotine strength of Eonsmoke pods: 6% rather than 5%. Since Eonsmoke pods contain a bit more nicotine, it’s possible that you will use them less often than your current pods. In that case, you’ll save even more money.

One of the comments we’ve received most often from our customers is that it can be exceptionally difficult to buy JUUL® pods in New Zealand. The maker of the JUUL® hasn’t yet been able to ramp up pod production to meet worldwide demand, and that can make the pods difficult to buy sometimes. That’s especially true of the most popular flavours such as mango. If you consider mango JUUL® pods an occasional luxury, the spotty availability of the pods here in New Zealand might not be a major problem for you. If access to your favourite pod flavour is necessary to keep you away from cigarettes, though, availability is extremely important. You’re far less likely to encounter availability issues with Eonsmoke JUUL®-compatible pods.

At the time of writing, we carry the following Eonsmoke JUUL®-compatible pod flavours here at Premium Vape.

As for which flavour you should try first, we’d definitely suggest picking up the multipack since it exposes you to four of Eonsmoke’s great flavours simultaneously. The only downside of the multipack is that it doesn’t include our favourite flavour, mango. For us, then, the ideal order if you’re trying Eonsmoke for the first time is one multipack and one pack of mango pods. We think you’ll love Eonsmoke mango pods as much as we do!

When Eonsmoke first began producing JUUL®-compatible pods, they were new to the pod segment of the vaping industry and hadn’t yet learned the things that more experienced companies like JUUL® knew. At first, some customers complained about leaking Eonsmoke pods. We’re pleased to say that the product developers at Eonsmoke have since refined the pod’s design, so issues such as leaking pods and burned flavours are things of the past. Today, you can expect an Eonsmoke pod to be every bit as reliable as an official JUUL® pod.

If you enjoy refilling your pods and getting the absolute maximum possible life out of them, you’re going to love Eonsmoke pods. If you’ve ever read our article about how to refill JUUL® pods, you know that most pre-filled pods work in much the same way. Compared to JUUL® pods, though, many people find Eonsmoke pods much quicker to refill because it’s easier to pry the caps off. Once you’ve removed the black cap from the top of an Eonsmoke pod, you’ll see a black rubber barrier keeping the e-liquid in the pod. Remove the barrier and fill the pod with e-liquid, ensuring that you leave a little space for air at the top. Replace the barrier and wipe the outside of the pod with a paper towel before replacing the cap.