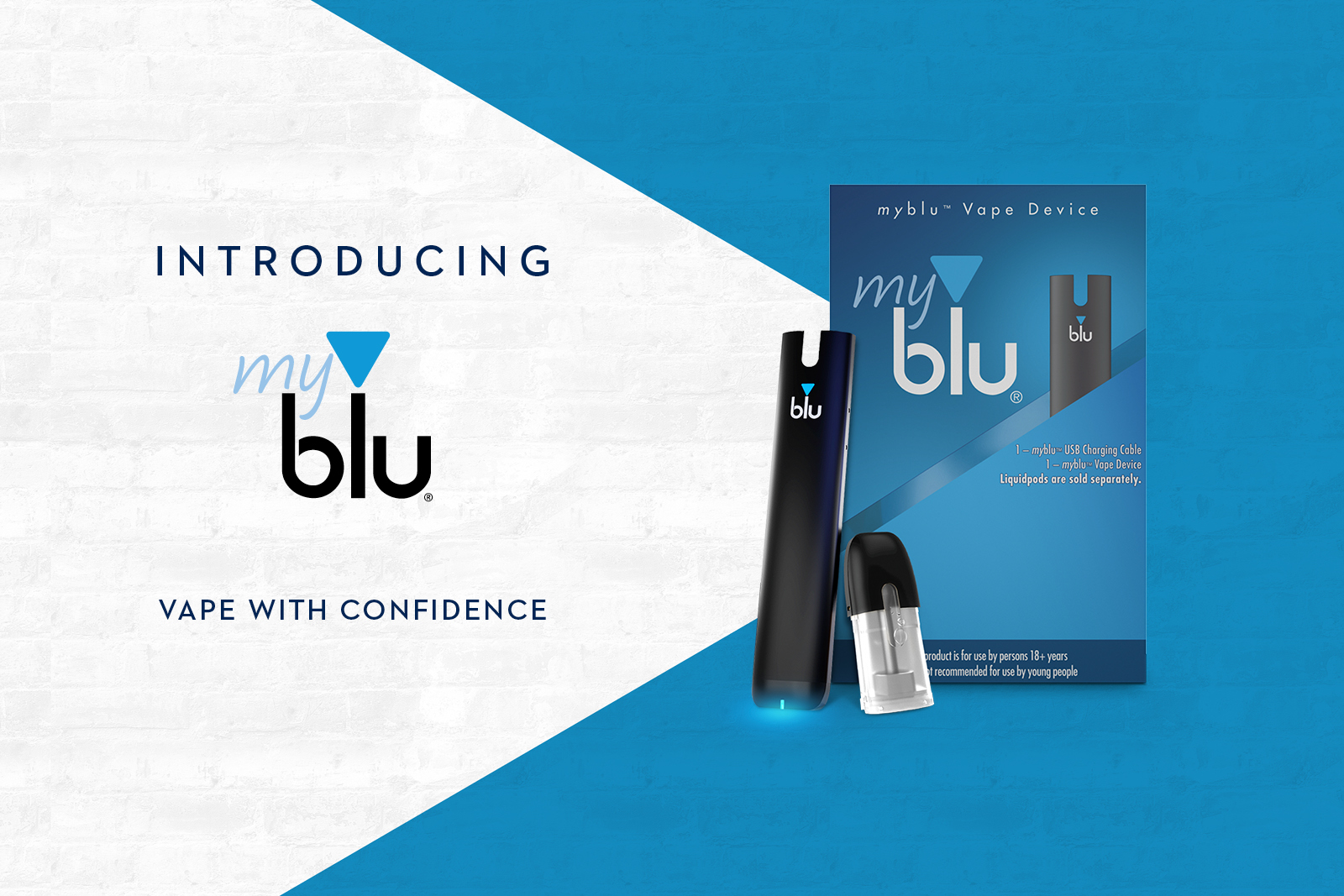 MyBlu® is one of the oldest and most respected brands in the vaping industry. When upstart vaping brands began to appear a few years ago and challenged Blu’s dominance, you knew that Blu would have to respond. They took their time, though, and they didn’t release a pod system of their own until they knew that they had it absolutely right. The result of Blu’s labour is the new MyBlu® pod vaping system, and we’re proud to announce that we have MyBlu in New Zealand in stock and ready to ship!

Buy the MyBlu starter kit now for just $29.99 or shop for MyBlu pods. We ship via next-day courier service to New Zealand and Australia. Orders in the rest of the world ship via DHL Express, which usually takes three business days.

WHAT IS THE MYBLU POD VAPING SYSTEM?

The MyBlu® pod system is a vaping device designed to appeal to smokers by delivering the utmost in pleasure, satisfaction and simplicity. MyBlu® liquidpods are simple drop-in pods containing the device’s e-liquid and the heating coil that vaporizes it. Just charge the battery, drop in a pod and puff. Blu’s goal in creating the MyBlu system was to design a device as easy to use as a tobacco cigarette. We think you’ll agree that they succeeded.

WHAT ARE MYBLU INTENSE LIQUIDPODS?

We sell MyBlu® Liquidpods in two nicotine strengths because each smoker has different needs.

If you’re shopping for your first vaping device, you’ve undoubtedly heard of the JUUL® vaping system. JUUL® is the MyBlu® system’s top competitor, and it has received a great deal of attention around the world. The fact that we offer JUUL® in New Zealand might even be what brought you to this site. So, how do JUUL® vs. MyBlu® compare? We’ll break down the differences.

HOW TO USE THE MYBLU® POD SYSTEM

The MyBlu vaping system is so easy to use that you can sum it up in about three sentences – but we’ll give you a bit more detail than that!

When you remove the MyBlu® system from the box, the first thing that you’ll want to do is top up the battery. Connect the included USB cable to your computer and to the USB port on the bottom of the battery. The MyBlu® battery ships with a partial charge, so it’ll only take about 20 minutes to complete the charge.

When you use the MyBlu® device, the indictor light on the tip of the battery will glow blue during your puffs. When the light turns red, it’s time to recharge the battery.

The MyBlu® vaping system has automatic draw-activated vapour production. Puff on the mouthpiece as if you were smoking a cigarette. The device generates vapour automatically. Just like when you smoke a cigarette, you’ll vape by drawing the vapour into your mouth and then inhaling it into your lungs.

Since the MyBlu® device has a convenient window on the side, you can always check the window to see how much e-liquid remains in the pod. When you can no longer see e-liquid through the window, it’s time to change the pod. You’ll also notice significantly decreased flavour and vapour production. The MyBlu® device has temperature sensing technology that helps to prevent you from experiencing a harsh “dry hit” when the pod is empty. Pressing on both sides of the empty pod disengages it from the chamber, allowing you to lift the pod out of the device. Drop in a new pod and continue vaping. One of the greatest benefits of using a pod vaping device like the MyBlu® system is that you can change flavours at will simply by replacing the pod. Try every flavour!

If your MyBlu® device stops producing vapour, the most likely reason is that the battery is dead or the liquidpod is empty. If you see a red light on the end of the battery – or you see no light at all – try connecting the battery to the charger. If you’re not getting vapour from the MyBlu® device – and the light is blue – try replacing the pod. If you continue to experience a problem, remove the pod from the device and clean the metal contacts in the battery with a cotton swab. Charge the battery fully, insert a new pod and try vaping again.