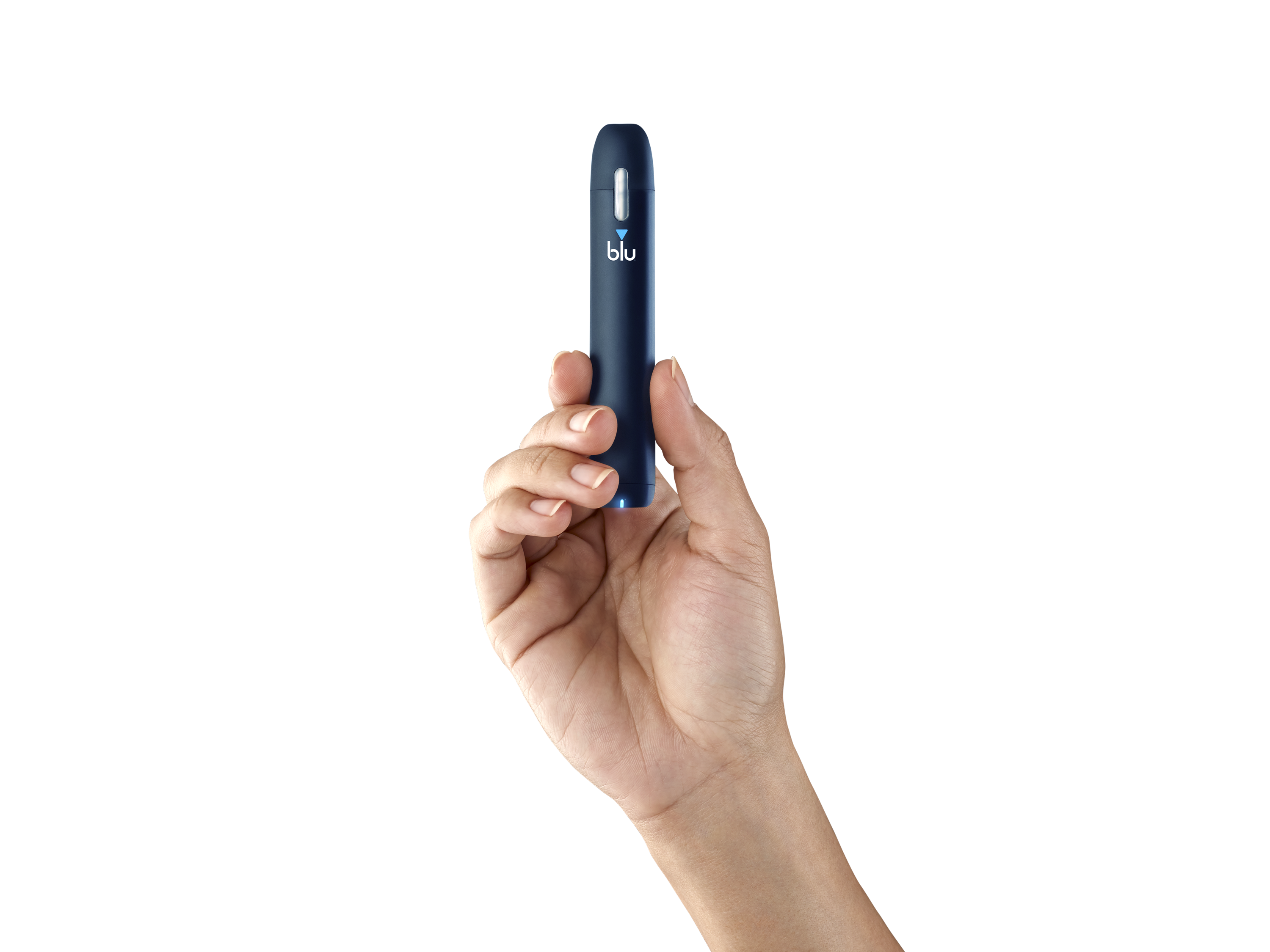 To say that pod systems have been influential on the vaping industry would be a major understatement. Pod systems haven’t just influenced the vaping industry; they’ve completely changed what a new vaper expects his or her first starter kit to look like. Cigarette-shaped e-cigarettes? Nobody’s paying attention to those these days because, in comparison to classic cigalikes, pod systems look infinitely sexier and more modern.

Speaking of sexy, there is no doubt that the new mybluTM must be one of the best-looking vaping devices ever released. mybluTM also has an enormous selection of flavours compared to other pod systems, and those two features have combined to give this device a good deal of attention around the world. Now that you can finally buy mybluTM in New Zealand, we think it’s the perfect time for us to publish a mybluTM review and explain exactly what you can expect from this device.

What’s Included in the mybluTM Kit?

In the mybluTM vaping kit, you’ll find the following:

Shop our selection of mybluTM products now. If you need a spare, we also offer a mybluTM device and charging cable for $29.99.

Looking at the specifications of the mybluTM vaping system, the first thing you’ll notice is that the device has an incredibly fast charging time of just 20 minutes. Owning a small and sleek vaping device means that you’ll be using a device with a very tiny battery cell. Until now, owning a small vaping device also meant that you’d usually need to purchase a backup battery so you could use one battery while charging the other. With the 20-minute charging time of the mybluTM vaping system, owning a second battery isn’t really necessary because it charges so quickly.

Unlike a mod system, pod systems are “closed devices” and therefore to load them with e-liquid, you’ll need to purchase the pre-filled mybluTM liquidpods. Each mybluTM contains a mix of Propylene Glycol (PG), Vegetable Glycerin (VG), nicotine and natural & artificial flavours. The PG makes up usually 60% of the mix, which ensures that, when drawing back on a mybluTM the user will experience a hit closer to that a smoker may expect. On average, the VG is 30% of the mix, so that when a mybluTM vaper exhales the vape cloud will also be similar to that of a cigarette smoker, instead of those huge clouds from mod devices.

More importantly, the mybluTM e-liquid is produced in a clean, laboratory certified environment, tested for toxins, and is free from dangerous ingredients. This means that mybluTM liquidspods contain:

One of the most important selling points of the mybluTM vaping system is the fact that it has many more flavours available compared to other pod systems such as the JUUL. These are the mybluTM flavours that we have available here at Premium Vape at the time of writing. You can expect more flavours to appear on our site in the near future!

The main difference between mybluTM INTENSE liquidpods and the standard mybluTM liquidpods is their nicotine salt e-liquid formulation. This allows them to deliver an incredibly smooth flavour despite the higher nicotine strength. If you’re a current smoker about to buy your first vaping device, we suggest trying the mybluTM INTENSE liquidpods first. If you’re already a full-time vaper, though, you are most likely already consuming less nicotine than you would if you were still a smoker. In that case, we’d suggest trying the standard mybluTM liquidpods.

After you remove the mybluTM vaping system from its package, the first thing you’ll want to do is top up the battery’s charge. While the device comes with some charge, this ensures you’re ready for a full day’s vape. To charge the device, simply connect the microUSB end of the included charging cable to the port at the bottom of the mybluTM device. Then connect the regular USB-A end to your computer. The indicator light on the mybluTM battery glows red while charging. When the light turns off, the charge cycle is complete.

The mybluTM liquidpod uses an intuitive clipping mechanism that holds the pod in place. To insert a liquidpod, simply slide the pod into the opening at the top of the mybluTM device, pressing down gently until you feel a “click.”

To release the pod, squeeze the sides gently while wiggling the pod out. The window on the side of the mybluTM liquidpod makes it easy to see how much e-liquid you have left. If the level of e-liquid is lower than the bottom of the window, tilt the mybluTM device for a better view. If the pod looks dry – or you’re simply not getting enough flavour anymore while vaping – it’s time to replace the pod. With 1.5 ml of e-liquid per mybluTM liquidpod, you can generally expect each pod to last through at least a full day of vaping, or around 230 3-second puffs.

The mybluTM vaping system is designed to be the easiest and most convenient vaping device you’ll ever use. At this point, you’ve charged the mybluTM battery and clicked your first liquidpod into place. Now, the only thing left to do is vape!

The mybluTM device is designed to give you slightly tight airflow characteristics – just like a tobacco cigarette. The puff activator means you won’t need to press any buttons to vape. Simply take a drag from the device as if you were smoking, by drawing the vapour into your mouth slowly before inhaling it. Don’t puff on the mybluTM device too aggressively. If you do, you may get e-liquid in your mouth. Use the minimum amount of air pressure necessary to keep the indicator light lit.

Shop our selection of mybluTM products now. If you need a spare, we also offer a mybluTM device and charging cable for $29.99.