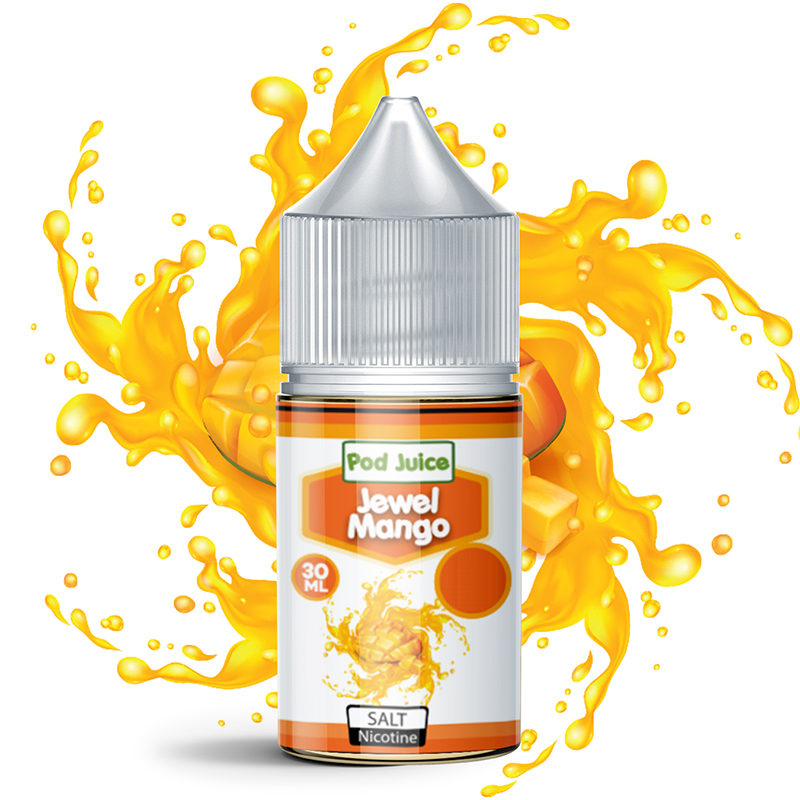 Home ﹥ NICOTINE SALT E-LIQUID: EVERYTHING YOU EVER WANTED TO KNOW

NICOTINE SALT E-LIQUID: EVERYTHING YOU EVER WANTED TO KNOW

WHAT IS NICOTINE SALT E-LIQUID?

Nicotine salt e-liquid is vape juice that’s been altered by the addition of an acid such as benzoic acid. Standard e-liquid is alkaline, and adding acid brings the pH closer to neutral. It also alters the chemical structure of the nicotine in the e-liquid, changing it from a free base to a salt. The addition of acid is the only factor that makes nicotine salt e-liquids different from other e-liquids.

Some vaping companies use the chemical structure of nicotine salt as a selling point – “it’s more like real tobacco!” – but that really has nothing to do with its true benefit. In fact, freebase nicotine is actually the more bioavailable version. You’ve heard of “freebasing,” right? Freebase nicotine isn’t so different.

WHAT IS FREEBASE NICOTINE?

As it turned out, though, ammonia also had a second benefit: It freebased the nicotine in the tobacco. With it reacts with nicotine salt, ammonia accepts a proton and unbinds the nicotine from the salt. Now a free base, the nicotine travels much more readily in a gas phase. When you inhale the smoke from ammoniated tobacco, in other words, more nicotine will reach your lungs. Processing with ammonia made it possible to make low-tar and low-nicotine cigarettes that were more satisfying than the competition because the nicotine in those cigarettes was more bioavailable. Ammonia helped to make Marlboro the most popular cigarette brand in the world.

Since ammonia releases nicotine from tobacco leaves, it’s also used in the production of nicotine extracts for nicotine replacement products and for e-liquids. When you use a standard e-liquid, you’re using freebase nicotine extracted with ammonia.

THE HISTORY OF NICOTINE SALT E-LIQUID

Now that you know the body can process freebase nicotine more easily, you’re probably wondering why nicotine salt e-liquid exists. Why would anyone want to use e-liquid with a less bioavailable form of nicotine? The answer lies in some research conducted by PAX Labs, the original maker of the JUUL e-cigarette. PAX obtained a patent for a nicotine salt formulation created by adding an acid to an e-liquid.

What was the purpose of creating a nicotine salt e-liquid? For one, having a patent means that you can earn royalties when other companies want to create products like yours. According to the research, though, PAX’s nicotine salt formulation made it possible for people to absorb almost as much nicotine from vaping as they would get from smoking a cigarette.

The JUUL® e-cigarette brand was born. Within just a few years, JUUL® was the world’s most popular e-cigarette brand. In 2018, tobacco company Altria – the maker of Marlboro, coincidentally – purchased a 35-percent stake in JUUL® for $12.8 billion. By 2019, JUUL® had a valuation of $38 billion. It seems quite fitting – but it’s not the whole story.

THE REAL REASON WHY NICOTINE SALT E-LIQUID IS MORE SATISFYING

The magic of nicotine salt e-liquid is that the acid added to the e-liquid also lowers the e-liquid’s pH, bringing it closer to neutral. That little change makes the vapour much smoother – so smooth, in fact, that you can inhale those 50 mg e-liquids without any hint of harshness.