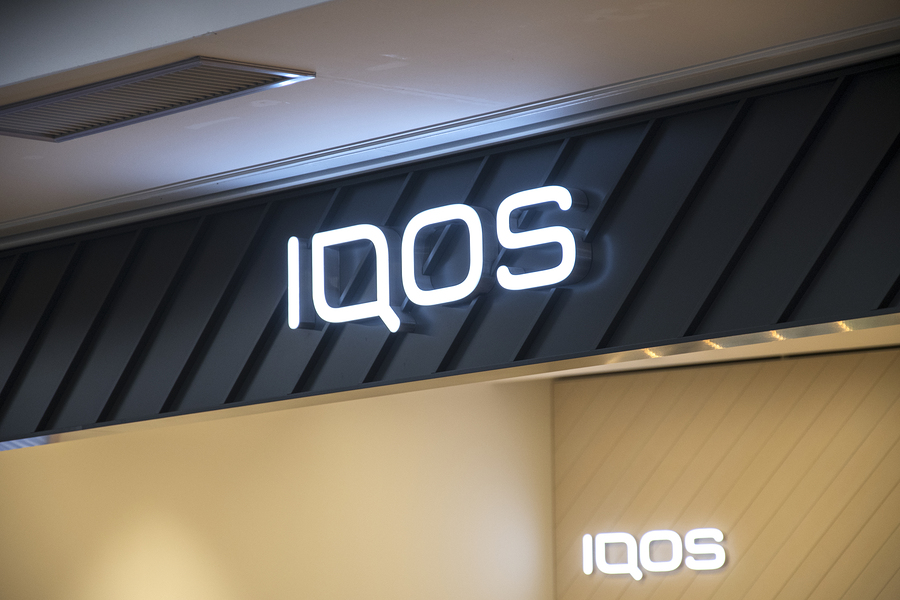 Vaping vs. IQOS: A Guide to Japanese Smoking Alternatives

Recent estimates suggest that around 41 million people around the world have quit smoking and now use e-cigarettes instead. In Japan, though, vaping isn’t an option like it is in the rest of the world – at least, it isn’t an easy option. The Japanese government considers nicotine a pharmaceutical product. It isn’t legal for companies to manufacture or sell e-liquid with nicotine in Japan. You are, however, permitted to import a limited supply of nicotine e-liquid for personal use. With that fact in mind, you have three options if you currently smoke cigarettes and are looking for a smoke-free alternative in Japan.

So, given the choice of vaping vs. IQOS®, which is the better option for you? Let’s examine how the two compare.

The IQOS® system is essentially a portable battery-powered heater, and the cigarette-like sticks that you insert into the heater are called heatsticks. A heatstick is a bit like a short cigarette with a filter. It’s filled with a plug of ground, reconstituted tobacco that’s impregnated with propylene glycol. When you insert the heatstick into the IQOS® holder, a heating blade pierces the tobacco plug.

After inserting the heatstick, you’ll turn the IQOS® holder on. The heater warms to a temperature high enough to toast the tobacco but not high enough to burn it. The heater vaporizes the propylene glycol in the heatstick, and the propylene glycol vapour carries the nicotine and the flavour of the tobacco to your mouth and lungs.

The standard IQOS® holder lasts for just one smoking session at a time. A session can last up to six minutes or 14 puffs – whichever comes first. After each smoking session with IQOS®, you’ll return the holder to its pack for charging.

Like IQOS®, vaping also works by heating – but in this case, the substance being heated is a liquid that contains no tobacco. The e-liquid used in a vaping device typically contains vegetable glycerine, propylene glycol, flavours and nicotine.

When you vape, a heating wire in your vaping device’s tank or pod heats the e-liquid until it boils and turns to vapour. When you inhale the vapour, the nicotine absorbs into your bloodstream through your lungs.

A vaping device stores its e-liquid in a pod or tank, and a battery powers the heating wire. A typical vaping battery has enough capacity to power several vaping sessions before it requires recharging.

Now that you understand how these two smoke-free alternatives work, let’s examine the differences between vaping vs. IQOS® in greater detail.

Vaping and IQOS® Both Require More Effort Than Smoking

One thing that you don’t ever need to think about with cigarette smoking is the amount of effort needed to get the nicotine into your system. The packaged cigarette has completely eliminated the ritual of preparing tobacco for use; there’s no need to roll your own cigarette or pack a pipe if you don’t want to. Vaping and IQOS®, in comparison, are both a bit more complicated than smoking a cigarette.

With IQOS®, you need to insert a heatstick into your holder – and turn the holder on – before you can smoke. If you have the standard IQOS® device, you must also remember to return the holder to its case for charging after each smoking session. The charging case can charge the IQOS® holder up to 20 times, and you’ll need to recharge it each day.

When you vape, you need to charge your device and either replace your nicotine pod or fill your tank periodically. Depending on how you vape, though, you may only need to do those things once a day.

While vaping and IQOS® both require more effort than cigarette smoking, it’s probably safe to say that vaping requires a bit less effort than using IQOS®.

Vaping and IQOS® May Both Reduce Harm, but IQOS® Is Still Tobacco

As you already know, cigarette smoking greatly increases your risk of developing cancer and cardiovascular disease. Smoking is the world’s leading preventable cause of death. In Japan alone, more than 157,000 people die each year from tobacco smoking. Vaping and IQOS® both have the potential to reduce the harm of smoking, but both are relatively new methods of nicotine consumption. The long-term risks of vaping and IQOS® are not yet fully known.

IQOS® May Be Less Harmful Than Smoking

According to Philip Morris International, the fact that IQOS® doesn’t release smoke means that using IQOS® exposes you to “significantly reduced” levels of harmful chemicals compared to cigarette smoke. The reduced exposure to harmful compounds, however, doesn’t mean that there is no exposure at all. In the United States, for example, the Food and Drug Administration has not approved the company’s application for permission to market IQOS® as a reduced-risk product. Using IQOS® is still using tobacco, even if the tobacco doesn’t burn.

Vaping May Be Significantly Less Harmful Than Smoking

When you vape, on the other hand, you aren’t using tobacco at all. Rather, you’re using nicotine extracted from tobacco and combined with vegetable glycerine, propylene glycol and food-grade flavours. We don’t have hundreds of years of usage data with e-cigarettes like we do with tobacco cigarettes. Vaping has existed for more than a decade, though, and it has been the subject of many clinical studies. The Public Health System of England, for example, says that vaping is at least 95 percent less harmful than smoking and encourages smokers to switch to e-cigarettes if they can’t quit entirely.

IQOS® has the greatest potential to reduce the harm of smoking in nations that do not allow vaping. Public health researcher Dr. Michael Siegel of Boston University, for example, says that IQOS® would be “a step forward” in the United States if e-cigarettes weren’t already available there. Dr. Siegel says that IQOS® will not help the cause of tobacco harm reduction if it encourages those who vape to move back to tobacco products.

Vaping vs. IQOS® for Flavour

We’re willing to bet that you already think you know what you want your chosen tobacco alternative to taste like: You want it to taste like the cigarettes you currently smoke. Before you choose a product, though, you need to know that you aren’t going to get exactly the same flavour as a cigarette with either IQOS® or vaping. IQOS® comes much closer to the flavour of a cigarette because it does contain tobacco. Since the tobacco doesn’t burn, though, you don’t get the flavour of smoke as you do with a combustible cigarette. Many tobacco lovers have said, however, that they find the flavour of IQOS® to be quite satisfying.

An e-cigarette, on the other hand, contains no tobacco and will never taste anything like a cigarette. E-liquid manufacturers are skilled flavour blenders, and they’ve manged to create vape juices that closely mimic the taste of tobacco in many ways – but there is no vape juice that makes an e-cigarette taste like a tobacco cigarette.

Although the lack of real tobacco flavour in vape juice may seem like a shortcoming on the surface, keep in mind that an e-liquid can do many things that no tobacco product – including IQOS® – can. E-liquid makers use food-grade flavours, and they use the same flavours available to companies in the candy, soda and snack industries. E-liquid can taste like fruits, baked goods, soft drinks and much, much more; there are thousands of different vape juice flavours in the world.

Most smokers don’t really love the taste of tobacco. They’ve just conditioned themselves to like the flavour because that’s how nicotine addiction reinforces itself. After a few weeks of exploring the wide world of e-liquid flavours, you probably won’t miss the flavour of tobacco at all.

Vaping vs. IQOS® for Nicotine Delivery and Satisfaction

IQOS® is a product from Philip Morris International, a major tobacco company. PMI sells IQOS® heatsticks under the Marlboro® brand, and the company understands that users are going to compare IQOS® directly to Marlboro® in terms of flavour and satisfaction. You can expect IQOS® to deliver a nicotine hit that feels much the same as smoking a cigarette.

Vaping, in comparison, doesn’t feel exactly the same as smoking. Some high-nicotine vaping products like JUUL® do deliver nicotine almost as efficiently as tobacco cigarettes, but most vaping products deliver less nicotine. That being said, it only takes a few days to adjust to lower blood-nicotine levels, and after you’ve gone through that adjustment, you won’t miss the higher nicotine levels at all. When you buy e-liquid pods or vape juice, you can choose the nicotine strength, and that gives you the ability to reduce your nicotine intake slowly if you want. IQOS® doesn’t give you the ability to choose different nicotine levels.

IQOS® Is Easier Than E-Liquid to Buy in Japan

As we mentioned above, the only legal way to buy e-liquid with nicotine in Japan is by importing it from overseas. Here at Premium Vape, we’re set up for fast shipping to Japan and can get e-liquid to your door quickly. You’ll also spend less if you vape compared to what you’ll spend if you’re an IQOS® user. Nevertheless, buying IQOS® is more convenient in Japan since Japanese retailers can legally sell it.

IQOS® Is a Product of the Tobacco Industry

When you compare IQOS® vs. vaping, one of the most important facts to know is that IQOS® is a product of the tobacco industry. The tobacco industry is the only industry in the world that knowingly – and legally – creates and sells a product that kills its customers. For many years, tobacco companies lied about the harmful effects of their products. Philip Morris used ammonia to freebase the nicotine in its Marlboro® cigarettes. The ammonia made the Marlboro® brand more addictive, and it helped to make Marlboro® the world’s most popular cigarette. Freebase nicotine was Marlboro®’s “secret,” and Philip Morris guarded it closely for many years.

Philip Morris also owns a percentage of JUUL®. Comparing IQOS® vs. JUUL®, then, you should know that both products are owned or partially owned by the tobacco industry. Most companies in the vaping industry, however, are independent. If you want to avoid supporting the tobacco industry, you are better off vaping rather than buying IQOS®.

The vaping industry suffers from a similar problem in that pre-filled pods for vaping devices such as JUUL® – like cigarette butts – are not recyclable. However, plastic and glass e-liquid bottles are both recyclable. If you buy bottled e-liquid – and recycle your used bottles – you can vape without causing environmental harm.