Free NZ shipping for orders over $50
FREE 3 DAY* DHL SHIPPING ORDERS OVER $100 *average days to main cities in OZ.
FREE 3 DAY DHL SHIPPING ORDERS OVER $150. Under $150 orders only $25
Skip to content
HOLIDAY WEEKEND SHIPPING: It's Queens Birthday Weekend in NZ. Couriers are not collecting on Monday 1st June. Orders placed after 9:30am Friday 29 May will ship on Tuesday. 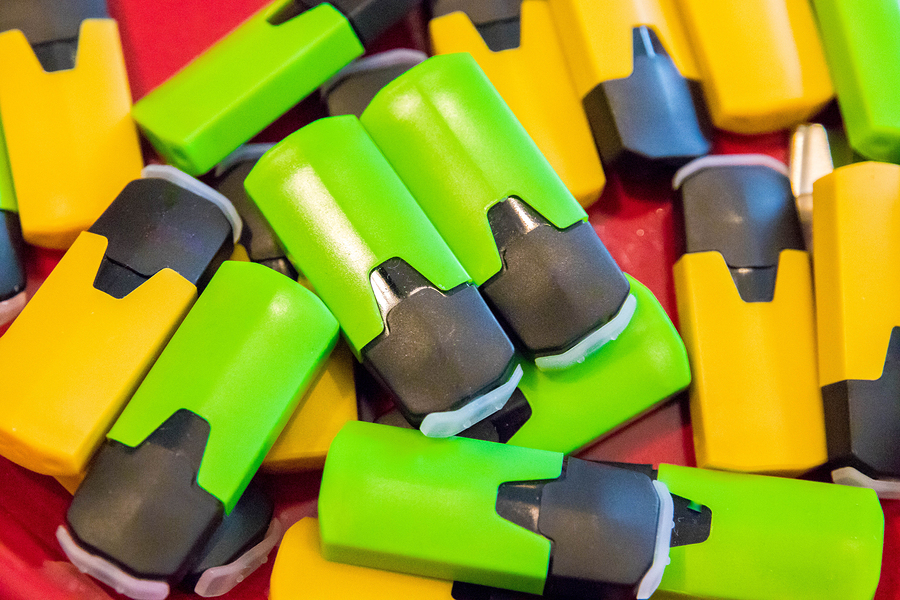 Home ﹥ What Are the Risks of Off-Brand or Fake JUUL® Pods?

What Are the Risks of Off-Brand or Fake JUUL® Pods?

Everyone wants to save money on vape gear. That’s especially true among JUUL® users because – let’s face it – the pods aren’t cheap. So, you’ve probably spent some time online trying to find the cheapest JUUL® pods available. In the process of doing that, you’ve discovered that the vaping industry has a dark side: Counterfeit products – particularly fake JUUL® pods – are rampant.

China’s intellectual property laws tend not to be strictly enforced when the enforcement of those laws would protect non-Chinese companies – and when counterfeit products are found on domestic shores, there often isn’t much that can be done apart from confiscating those products. Who will you sue for the production of fake vape gear if you have no idea what factory the gear is coming from? There are hundreds of factories producing vape gear in Shenzhen, China alone.

When factories produce knockoff products, they often target luxury brands. That’s why there are so many fake iPhone chargers and Gucci handbags. That rule also applies to vaping. There have been fake and off-brand products as long as the vaping industry has existed. Now that JUUL® has achieved a position of clear industry leadership, though, they are the company that the knockoff makers primarily target – and that means you need to buy JUUL® pods carefully to ensure you’re getting authentic pods.

Reading this article, you’re going to learn the answers to these three questions about off-brand JUUL® pods.

One of the most important things to know about buying off-brand JUUL® pods is that the factories producing those pods don’t want you to know the origin of the products. This is a situation in which factories are using the JUUL® trademark illegally and are disguising where the pods really come from. When a company produces a product and has no accountability at all to the users of that product, that’s an inherent risk. Real companies don’t just test their products because they care about their customers; they also test those products because they’ll be sued into oblivion if they sell something dangerous.

One of the biggest potential risks of buying off-brand JUUL® pods is the fact that, regardless of what the package says, you don’t know what’s in the pods. You don’t know where the producer of those pods is sourcing its vape juice. The e-liquid could have contaminants. It could contain unsafe ingredients like oils. You don’t even know if the nicotine strength stated on the package is accurate. All of those unknown factors combine to create a situation with a high potential level of danger.

The quality of the e-liquid isn’t the only factor influencing the safety of a vape pod. The hardware itself is also a major safety factor. A vaping coil that’s manufactured improperly could have a short – and a short circuit can potentially cause a battery to overheat or explode. You can bet that JUUL® tests their pods for safety before those pods ship out to customers. Can you be confident that a manufacturer of knockoff pods is conducting those same tests?

Off-Brand JUUL® Pods May Not Provide a Good Vaping Experience

Let’s assume at this point that knockoff JUUL® pods are perfectly safe to use. Let’s suppose that the manufacturer is sourcing the highest quality vape juice available and is testing its pods for short circuits before they leave the factory. Even if both of those of those statements are true, you can still bet that a factory producing knockoff JUUL® pods is using the cheapest materials available.

Problems such as leaking, popping, spitting and poor overall flavour quality are rampant among fake JUUL® pods. If the factory is just buying its e-liquid from whoever can supply it at the lowest price, you don’t even know whether knockoff JUUL® pods will taste the same from one package to the next.

JUUL® Labs is based in the United States, and in the U.S., underage vaping has been on the rise for several years. In response to the teen vaping epidemic, JUUL® announced that they would stop selling all non-tobacco flavours within the U.S. market. Flavoured JUUL® pods remain available in other markets. In the U.S., though, the lack of flavoured pods has created an enormous void for manufacturers of knockoff JUUL® pods to fill.

What Is JUUL® Doing to Combat Fake Pods?

It’s a nearly universal fact that manufacturers of knockoff products don’t care about the quality of the products or the customer experience. What those makers do care about is earning as much money as possible before they get caught. Since knockoff JUUL® pods are invariably not of the same quality as the real pods, they damage the image of the JUUL® brand.

JUUL® takes counterfeit pods seriously and, with the help of local authorities, has raided several factories in China that produced nothing but fake JUUL® pods. The raids resulted in the confiscation of hundreds of thousands of counterfeit pods.

During the raids, it was found that fake JUUL® pods are often produced under extremely unsanitary conditions, with e-liquid stored in dirty containers and workers using ketchup bottles to squirt e-liquid into pods.

How to Check Whether Your JUUL® Pods Are Authentic

Trying to identify off-brand JUUL® pods is often a losing battle because the manufacturers of those pods read the reports and change their production methods to adapt. Your best bet is simply to ensure that you always buy your JUUL® pods from a trusted retailer. Here at Premium Vape, we buy our JUUL® pods only from authorized distributors and guarantee that they are 100-percent authentic.

Members of the vaping community have identified certain common traits among fake JUUL® pods, and knowing those traits can help you avoid getting duped.

Are Third-Party JUUL®-Compatible Pods Safe to Use?

Having read this article, you might wonder whether off-brand JUUL® pods and third-party JUUL®-compatible pods are the same thing. In fact, they aren’t. Remember that a manufacturer of fake JUUL® pods is infringing on JUUL®’s trademarks and profiting on the back of the JUUL® brand.

A third-party manufacturer of compatible pods, on the other hand, trades under its own brand name. Third-party pod manufacturers have something to lose if their pods don’t taste good and aren’t safe to use.

Here at Premium Vape, we carefully vet third-party pod manufacturers before carrying those brands on our site. We test the flavours ourselves to confirm that they’re enjoyable. Most importantly, we always listen to customer feedback. If you’ve had a negative experience with a third-party pod, we want to hear about it.