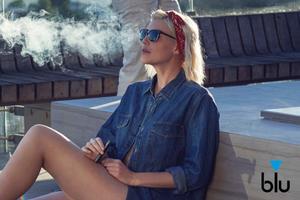 Home ﹥ WHAT’S THE BEST VAPING DEVICE FOR ME?

WHAT’S THE BEST VAPING DEVICE FOR ME?

Here at Premium Vape, we hear almost daily from customers who are completely new to vaping. They look at the different vaping devices available, and on the surface, it isn’t easy to tell them apart. Invariably, all of these people ask us the same question: “What’s the best vaping device for me?” In this article, you’re going to get a simple and straightforward answer. We’re going to break down the devices that we sell and explain the benefits and drawbacks of each. Let’s jump in!

JUUL® is America’s most popular mainstream vaping device, and with a market share over 70 percent in traditional retail outlets, the contest isn’t even close. Without JUUL®, it’s possible that pod vaping systems and nicotine salt e-liquid would never have attained the level of popularity they now enjoy. The default nicotine strength of JUUL® pods is 5 percent. That’s roughly the same amount of nicotine per puff as a tobacco cigarette, and it’s that high level of satisfaction that’s enabled millions of former smokers around the world to switch to vaping using the JUUL®.

JUUL® is an expensive vaping device. Part of the reason for its price is supply and demand. JUUL® has millions of users around the world, and has found it difficult to manufacture enough pods to meet consumer demand. It’s even harder to buy JUUL® pods here in New Zealand; we import them via a U.S. distributor. The second reason for the high price is its market position; as a clear industry leader with millions of users who have successfully used it to quit smoking, there is no question that the JUUL® products work.

The good news is that you can save money by buying third-party pods that work with the JUUL® device. You’ll find several third-party options in the Pods section of our site. This is the only vaping system in the world with such an extensive selection of third-party accessories.

We love JUUL® because it simply works. Just charge the battery, push in a pod and inhale to vape. It’s popularity isn’t an accident; it’s America’s top e-cigarette because everyone who uses it loves it.

Blu is one of the world’s oldest vaping brands. The company’s primary product is a traditional cigarette-shaped e-cigarette, though, and the company continued to stick with that product long after the release of the JUUL® vaping system. When JUUL® became so popular that it was no longer possible to ignore it, Blu® responded with the MyBlu® pod system. MyBlu® offers several benefits over JUUL®. The battery lasts longer, and the pods are significantly bigger. The MyBlu® vaping system is also dramatically less expensive to own. The device and its pods are about half the price of the equivalent JUUL product here in New Zealand, so using the MyBlu® system to facilitate your switch to vaping will result in enormous savings.

The only real drawback for some users of the MyBlu® vaping system is that currently in NZ it uses an e-liquid with a much lower nicotine concentration than that of the JUUL® – 1.6 percent compared to the 5-percent nicotine strength of the JUUL®. That may be a problem for some people with extremely high nicotine needs. It’s possible to switch to vaping with an e-liquid of any nicotine strength, though; you may just need to use your device a bit more often if you’re using the MyBlu® system rather than the JUUL®. The good news is that, in terms of usability, the MyBlu® and JUUL® systems are absolutely equal. Like the JUUL®, the MyBlu® system has no controls to worry about. Just charge the battery, drop in a pod and vape.

The SMOK® Infinix is unique among the vaping devices on our site because it’s the only one designed from the ground up for refilling. The pods are empty; you’ll fill them yourself using bottled e-liquid. To make things as easy as possible for beginners, we offer a significant discount if you buy a SMOK® Infinix starter kit and a bottle of e-liquid at the same time.

What are the benefits of using bottled e-liquid rather than pre-filled pods? The first benefit should be obvious when you look at the selection of pre-filled pods available for any device. No single vaping device has more than a small handful of different flavours available. With bottled e-liquid, on the other hand, you can choose from hundreds of flavours. Only a refillable vaping device can give you that kind of variety.

The second benefit of using a refillable pod vaping system is the low cost of bottled e-liquids. A pre filled pod, for example, costs up to $11 and contains 0.7 ml of e-liquid. Our bottled e-liquid, on the other hand, starts at around $29, and each bottle contains 30 ml of e-liquid. That’s the equivalent of almost 43 pre filled pods! Assuming you use 0.7 ml of e-liquid per day, the SMOK® Infinix reduces your cost to vape from around $330 per month to $29, not counting the cost of occasional pod replacements. That alone should be enough to catch anyone’s attention.

The folks at Bo Vaping have always worked hard to attract the fashion-conscious vaping crowd, and the Bo On®e pod vaping system is ample evidence of their design talents. It’s a true luxury vaping device that’s certain to attract attention wherever you go. Give Bo® Vaping plenty of credit, though; they know they’ve created a device that draws eyes in a way that the other pod systems don’t, but they also know how expensive other brands can be, and they’ve ensured that Bo One pods are affordable.

One of the greatest benefits of the Bo® One vaping system is that its pods come in three different nicotine strengths of 5, 3 and 0 percent. Bo One therefore makes it easy to reduce your nicotine intake gradually if you like after you complete your switch from smoking to vaping. Aside from the Bo One pod vaping system, we’re unaware of any pod system that has nicotine-free pods available.

Another completely unique aspect of the Bo® One vaping system is that it has a limited lifetime warranty. If your device fails during normal operation, Bo® Vaping will replace it. Give the company credit for their astute decision to offer such a generous warranty. They know that all lithium ion batteries will eventually fail. They’d rather replace your device every few years than have you jump ship and start using another company’s product.

Available in six tempting flavours, the FOGG® disposable pod vaping device is the perfect choice if you don’t want to deal with maintaining a vaping device at all. Can you only imagine making the switch to vaping if you have a device that’s just like a pack of cigarettes – always ready to use? That’s the experience you’ll get with the FOGG® disposable vaping device. It comes out of the package charged, filled and ready to use. Just pull one out and puff when you begin to crave nicotine. The FOGG® device is also perfect if you’re a social smoker and only experience nicotine cravings when you’re out at the bars or clubs. Carry your FOGG® device in your pocket, and you’ll never have any trouble saying “no thanks” when your friends are all lighting up.

At $49 for three devices, the FOGG® disposable pod vaping system is much more expensive to use than a refillable device like the SMOK® Infinix. On the other hand, it costs significantly less than the JUUL® per ml of e-liquid. If you’re a vape user, switching to the FOGG® system can save you quite a bit of money while also eliminating the need to worry about dead batteries and empty pods. The FOGG® device is always ready to go; just use it until the pod runs out and throw it away.

The Joyetech® eGo AIO is unique among the vaping devices at Premium Vape in that it isn’t a pod vaping system at all; it’s a full-fledged vape pen. Vape pens aren’t quite as easy to use as pod vaping systems, but we’ve selected a vape pen that’s exceedingly simple to use to make the transition to a more advanced vaping device as easy as possible for our customers. If you want to upgrade to a device that offers significantly more battery life – and exponentially better vapour production – than a pod vaping system, look no further than the Joyetech eGo AIO.

The Joyetech® eGo AIO has a manual activation button. You’ll press and hold the button before puffing on the device. While that’s not quite as simple as using a device with an automatic puff sensor, you’ll also find that the eGo AIO produces dramatically bigger vapour clouds compared to any pod system.31